As part of boosting its services in the tourism industry, Malawi’s leading hotel chain, Sunbird Hotels and Resorts is geared to open its new premier beach resort in the lakeshore side of Salima District in May.

Named Sunbird Waterfront, a 42-room new beach  resort is located adjacent to  Sunbird Livingstonia Beach and has all rooms facing the lake.

Speaking in an interview with Nyasa Times, Malawi Stock Exchange (MSE)-listed Sunbird Tourism plc chief executive officer Yusuf Olela said the investment in the property was necessitated by both local and international market demand for leisure product that will offer an unrivaled luxury experience for every customer on the shores of Lake Malawi.

“We are excited to soon be opening this magnificent resort as part of our expansion plan and bringing to our most discerning guest a taste of luxury and splendor for both business and leisure travellers.

“Our strategic focus on product development is to continuously ensure that we position Sunbird as a preferred destination for international and domestic travellers, and constantly ensure that they are indeed getting value for money,” he said.

Olela said the Sunbird Waterfront hotel is composed of  10 suites, 4 family rooms, 2 accessible rooms, and 26 deluxe rooms and that all the rooms are fitted with modern amenities and facilities, redefining luxury and fitting international standards.

Further, Olela said fashionably, all the rooms of the resort are facing the lake so as to give customers the best view of the lake every time they spend at facility.

Tourism contributes about seven percent to the country’s gross domestic product and accounts for six percent of the country’s total employment, according to the National Statistical Office.

Meanwhile, government through the Malawi2063 has also indicated that it  intends to adopt an integrated approach to tourism service provision.

Better this not just listening to political lies 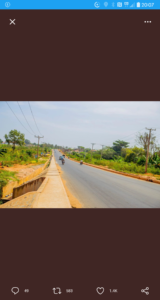 This resort is for us with money. Exclusive. Thanks Sunbird.

Sunbird your things are very expensive for nothing but you always gossip about the boosting of tourism industry. .

Your rates that you always change.Do you think an ordinary Malawian can visit your premises.

You must revise your rates so that all of as Malawiians can be able to used the sunbird facilities.

Aba chiyani ngati angatsitse mitengo? Pano All Sunbird Bars are poorly preforming because of the same element. Others even closed like Choma Bar in Mzuzu, Sportman’s Bar. Because of poor strategic thinking of a certain individual. Chomwe amadziwa ndi Kuba basi.

If you want to really boost tourism and earn forex, move the capital to the shores of Lake Malawi. Kamuzu 2as very shortsighted when he moved it to Lilongwe.

Putin
Reply to  The boss

Putin. How is Russia?

Nam'gwagwa
Reply to  The boss

Kenaka mupempha kuti capital ipite ku Mulanje. Amene amayenda you will find out that most popular places are not in the city (not to say cities shouldn’t be attractive) look at South Luangwa and Vic falls in Zambia. Etosha and skeleton coast in Namibia (to mention a few) and many other tourist places.people have different tests so try to provide those. People come to Africa to see animals the big 5, experience local life, climb mountains, enjoy fresh water from the lake, learn culture etc. Ndidzaphunzira moyo winawo I will work in tourist industry

Che Jika
Reply to  The boss

This is indeed true.Kamuzu missed the point by placing the capital in Lillongwe.Malawis capital could have been placed in Salima or Mangochi. These two places are closer to Indian Ocean we could easily connect Malawi to Mtwara port in in TZ.The distance from Mtwara to Salima or Makanjira in Mangochi is much shorter than to Lilongwe and Blantyre.

Mtonga Mwana
Reply to  The boss

I prefer to disagree with you Mr. Boss. Your thinking could only work better tikanakhala ndi port ya access to the ocean

Renowned politician and former international diplomat George Chaponda has authored a book The Struggle for Economic Independence and Development in Malawi  (1960-2015) which will...